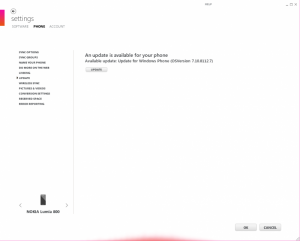 This latest Windows Phone update brings the Lumia 800 in line with its bigger brother, the Lumia 900, which launched here in AUS 2 months ago running 8773 out of the box.

Some of the major features rolled into this 8773 update include

The Lumia 800 hit our shores early this year almost 5 months ago being labeled as the ‘must have Windows Phone” of its time. 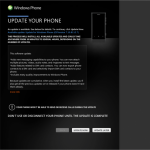 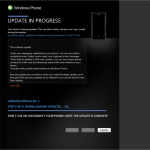 Similar to the Gen1 handsets, leaping from version 8107 to 8773 is a two staged upgrade with 8112 (or MCR2) required before any 8773 (or MCR3 a.k.a. Tango) can be installed. Like the HD7 and Omnia7 before it, both updates are detected and installed with no issues. 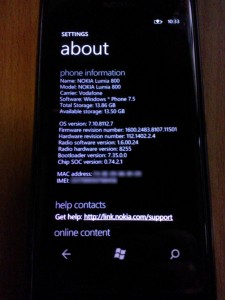 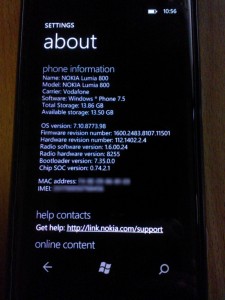 The latest of the two Windows Phone Updates again, even for Nokia, consists of only the major Software updates, no Firmware or other alterations, as with the current gen updates rolled out across the Windows Phone 7 family.

One major downside to the current Lumia 800 series of phone was the noticeable lack of WiFi tethering or Internet Connection Sharing (ICS). Since the Lumias launch early this year Nokia has assured us that the feature would find its way to the Lumia series. The only update to be released to the Lumia 800 phone was back in April which was a fix for a number of issues but did not include any ICS features as Nokia wanted to ‘Avoid any delays to pushing out the updates’. This shows the Lumia 800 phone has been sitting ready for Tango since its last major update back in April or there was no Firmware updates required for the 800. 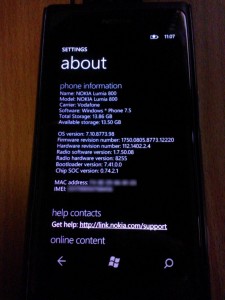 This recent Firmware upgrade to bring support for ICS with the following changes in the update as below,

It would appear that the Lumia 900 and 610 appear to be excluded from any recent firmware updates as Internet Connection Sharing and access to the exclusive Marketplace contact is already included in the original product which hit our shelves a few months ago.

With the latest Windows Phone 7 Tango update and the new approved Firmware a very critical part of Windows Phone 7 has now been added to the Lumia 800 which has been absent since its original launch earlier this year. 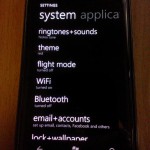 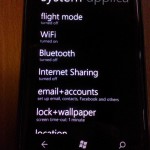 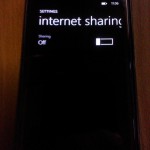 Currently this update is available to all Nokia Windows Phone 7 devices from AU locations, however the Nokia Software Update Availability website is still showing (At time of writing) there is 1 variant on the Telstra network which is labeled as “Waiting for Approval”. Based on the website information that status for 1 of the Telstra variants means that Telstra is still in the ‘review’ stage of their Windows Phone 7 update before it is pushed out to handsets.