It seems that HTC is prepping it self for the new Windows Phone 7 Tango update which is due out in a few months (From news around the Internet along with the newly approaching Lumia 900) with a small firmware update hitting unlocked devices recently. 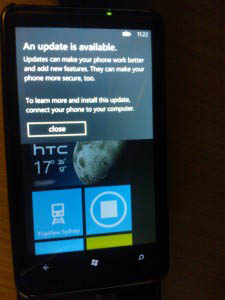 With Tango only around the corner and the HTC HD7 already having Internet Sharing there is no additional features due to hit the HTC HD7 soon, which leads to a good indication that this is purely a back-ground update with no noticeable features added. 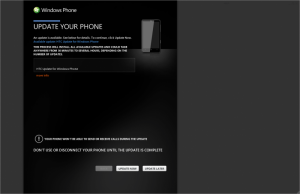 The major changes to note are as follows : 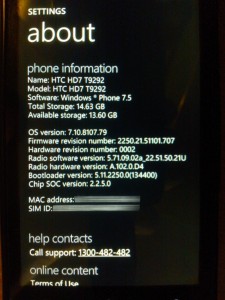 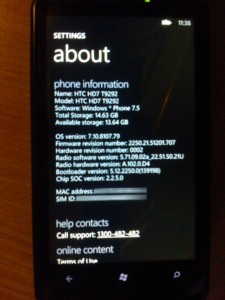 As detailed above, the update seems to be only back ground fix’s as there is no new OS updates and no major functionality added to the phone post update. This is likely a pre-tango update which is being rolled out to the new Lumia 900 phones hitting the UK currently. This could hopefully mean that Tango is only around the corner with the possibility of it going live over the next month.

Again we play the waiting game for the next major WP7 upgrade Tango (or WP7.5 Refresh), which I’m not expecting Microsoft to update the lack on contextual search in WP7 devices, as it was pre-Mango, but one can dream. 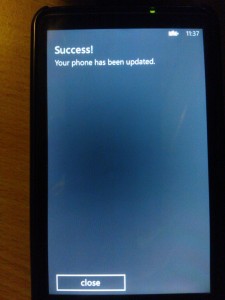