Its been a almost a month now since Microsoft announced the patch 8107 which fix’s a number of key issues in Windows Phone 7, but the time had finally come for the lucky unbranded device holders to start getting their update!!

Early January Microsoft announced the fix for the dreaded Disappearing Keyboard bug which has faced almost every WP7 user (Even if they didn’t know it was a bug and simply thought they had tapped the back button). 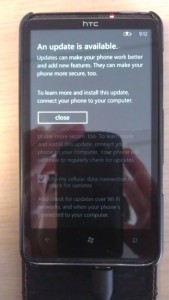 Along with the disappearing keyboard there is a wealth of other fix’s with this patch (As well as the deadly SMS/Messaging bug which can cause a WP7 device to reboot when accessing the messaging Hub).
Some of the Fix’s include :

This patch, although not listed on the official change log, is said to bring Automatic Carrier Time syncing and the ability to toggle between 3G and Standard EDGE/GPRS. Few will find little to no use in these features but the carrier time sync for me seems to be a great bonus, where others who wish to spare the extra time on their battery. 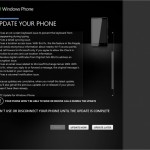 So for all my fellow unbranded users out there, I would recommend checking if your device has started receiving the update as the onscreen notification can sometimes be a bit slow to register the new version.

Sadly for all my fellow Aussies (Telstra specifically who might still be on hold for 7740 update) it appears that a few more weeks on hold are expected. Currently none of my Vodafone HTC Mozart and Optus Samsung Omnia 7 have receive any update notifications. 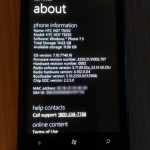 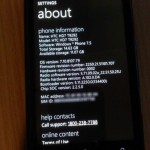 Currently my fleet of WP7 devices appear as below,