In the gaming digital distribution market Valve’s Steam has always been the market leader leaving all its other competitors to battle it out over 2nd place. With EA Games recent Steam alternative Origin being released and soon to emerge out of beta along with the highly anticipated Battlefeild 3 launch being Steam deprived, EA’s new Digital Distribution platform is starting to gain traction and attention.

Recently I did a basic review/overview of the Xbox Live Games on Demand system and thought I would continue with a look at EA’s new platform  Origin using the Battlefeild 3 Beta which has been released for PC via this new service.

For comparison purposes as Steam and Origin are the only true world wide sites offering games via Digital Distribution channels using an application based interface most of my comparisons will be Steam to Origin.

The Origin store is very much similar to most other online stores when it comes to gaming. Consisting of only EA branded titles currently during its beta stage Origin offers a large range of titles from the EA Archives such as Sims, Battlefeild, Crysis and Command and Conquer (Which is my favourite personally) and a lot more. EA’s payment system is also much like what is currently on offer with both standard Credit Card and Paypal payment options available form the check out. 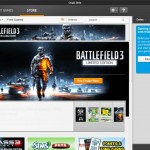 As I’m yet to buy any games from Origin I’m unable to test this part of the feature though I would hope it would be pretty standard form this point. One major reference is the lack of USD pricing. This seems to point to the supporting fact that EA is going to be charging for its games in local currency (Being in Australia most services like Steam and GoG charge in USD as they do not have an Australian presence) 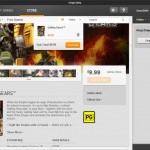 One of the major reasons why I would prefer to stay away from such a store as Origin is the already present regional pricing Origin has in place. Most new release games will tend to sell for aprox $59.99 USD on most services (e.g. Steam and D2D). However some publishers (Surprise surprise EA happens to be one of them) charge a higher rate for the same digital content based on your region.

For example EA Origin US is currently offering Battlefeild 3 via its Origin system for $59.99 which compared to the AUS Origin servers which is offering the same package for $79.99. This means we pay an extra $20 for our digital content via Origin due to our region.

EA Slugging a premium for AUS

Currently Origin is only supporting EA branded games during its early stages but has planned to open the store to other developers after the platform matures. Origin’s main burst in popularity comes from the removal of Crysis 2 from Steam due to a “violation” between Crytek/EA and Valve and the ability to add alot of pre-existing EA titles onto Origin by simply entering in the product code (Similar to Steam) into Origin.

I have been able to get some of my already owned EA games from Steam into Origin only most of the new release C&C games, Dragon Age and Battlefeild Bad Company 2. Most older games will not carry across (e.g. Battlefeild 2, Crysis etc).

Origin currently allows for 2 types of game listings to be displayed for your current gaming library either Grid or List view. For those few who own alot of games on Origin already, there is also a Favorite group (Similar to Steam) which will move a selection of your marked games into their own category 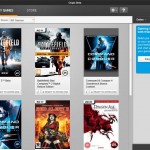 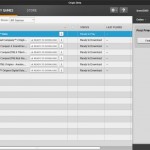 Once the game has been added Origin really starts to shine, not by the slightly dull Games Library but due to the high quality servers used to host the content. My connection is using the Optus Cable with Premium Speed Pack (up-to 100mbit/s or 10.1mb/s). When using the Steam servers I do have issues downloading at 1-2mb/s on alot of games and it can take a few hours to download a patch or even a game. Downloading BF3 from Origin I have to say blew Steam right out of the water with an average of 8mb/s downloading a 4gb game un under 10min. 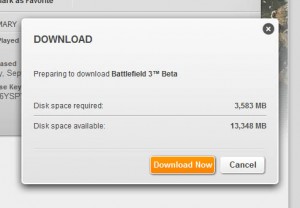 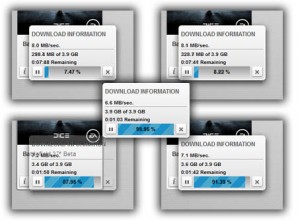 For some comparison, using Steam to download BattleFeild 2 which hovered at 700kb/s-1mb/s with an ETA of 1hr for approx 4GB download. Just to test the servers for Origin to ensure there was no special hosting for the BF3 Beta, downloading Red Alert 3 was a steady 7mb/s with a slow climb. 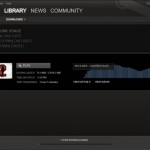 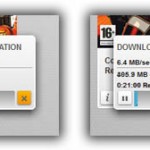 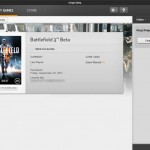 After the game has sucsesfully downloaded there is a small installation stage and then the game is ready to go. Overall for a game of 4GB the overall installing and downloading took no more than 10min which is very good timeing when compared to Steam which can take hours on just a simple download stage. 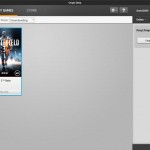 EA is very keen to launch its new platform and is pushing the new system hard by allowing new users to import an array of Online Services to find your gaming friends from Facebook, Xbox and PS3. Similar to the Battle.net system or linking your Facebook accounts up and finding your friends its a great place to start building your library of friends on this new gaming platform. 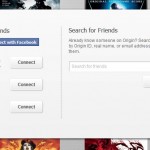 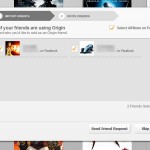 Like most people in todays day and age EA has always left a wound on most users which might be enough to deter some users. EA has chosen a very bad way to push Origin to users via its new release Battlefeild3 which is planned to launch on all other Digital Distroution platforms this year with ONLY Valves Steam being left out.

There has been a lot of anger and confusion around the Internet regarding this decision with both Valve and EA pointing the blame at each other as to why we wont be seeing BF3 on Steam (Same as when Crysis 2 left Steam this year only after a short time being available on steam). A large sum of users are sticking to the policy of “Not on Steam, Not buying” which I my self am supporting and plan to either buy BF3 via boxed edition or not at all.