It seems the day has finally come my HD7 prompted me for another update, this time i was blessed with the great Internet Tethering Update.

In the past I have discussed that my HTC HD7 received an update along side the HTC Mozart but was left in the dust when the Mozart received Wifi Tethering while the HD7 only received 1 of the 2 firmware upgrades. 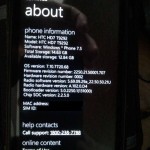 Late November my unbranded HD7 was issued with the standard WP7 software update which was released to fix a small bug with Exchange  2003 and Voicemail issues. This update was issues across the WP7 range  but sadly only brought the software version to 7740.16 and had no effect for device Firmware. With the update applied and installed WiFi Tethering was still an unknown factor for my poor HD7. 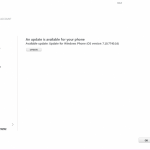 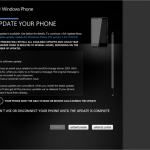 On December 8th my HD7 prompted me for an “Update Available” for my phone, after connecting up to Zune the updates release notes were branded “HTC Update For Windows Phone” which tend to lean towards a Firmware or Hardware specific update (i.e. not a WP7 wide update like Mango or 7740). 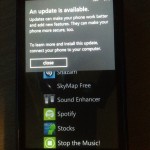 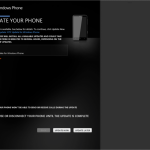 These above changes give a good indication that the Bootloader and Radio also had some tweaking done, which should hopefully assist with running the unit under Internet Sharing mode.
As I had previously stated in my post regarding the first post Mango Firmware upgrade it appears for the HTC devices any Firmware greater that 2250.21.51xxx.xxx seems to carry the Internet Sharing mode.

As displayed below, the option is fully functional on my HD7. 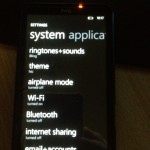 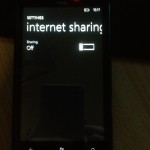 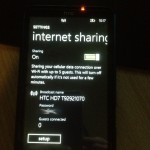 After the successful update I now have a great, reliable and even more compatible hand set, even though it was released after its younger Mozart to my phone, it is good to finally see Internet Sharing as an option for me with my existing HD7. 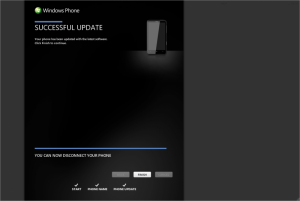