So You Won A HP MicroServer

I’m sure everyone has had that experience reading through many websites and coming across the odd competition here and there and think to your self “might as well, nothing too lose but lots to gain”. Well a few weeks back Neowin and HP teamed up to hand over a nifty HP MicroServer to a randomly selected comment, and to my amazement the following week I was gifted by being that 1 randomly selected comment… 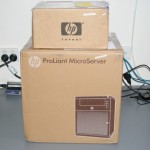 Fresh off the FedEx Van

Like a kid on Christmas day I wanted to tear into my new gift and start playing and seeing what it could do… but sadly like a kid on Christmas day real life made me wait a weekend or 2 before I could actually spend a good day configuring and tweaking.
Now the time has come and I have built and had a good play or 2 with my new HP Micro Server and I would love to share my experiences with you all on how me and my new accessory has gotten along.

It might have been a few weeks taunting me in the corner but the time finally did come to break the seal and begin setting up my new toy. 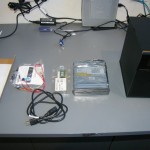 All hardware associated with winning MicroServer 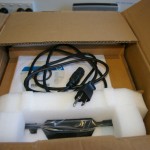 US Power Cable... Don't think ill be needing this...

The HP MicroServer stock comes in the following configuration housed in a HP Ultra Micro Tower which has the ability to fit in almost any suitable shelf in the house very nicely coming in at H 26.7 x W 21 x D 26 cm.

Neowin were able to bundle some nice extras into the prize offering an ODD, 2GB Ram (bringing the total Ram to 3GB) and to top it all off a 3 Year warranty (which I hope I wont have to use). I have been around a lot of servers in my time and I know my way around the basic server chase, but never have I been involved with such a Small Form Factor (SFF) machine before so the over all experience leaving my way around this machine was looking to be great fun…

However like many people know, nothing in IT is simple as undoing a few screws and all the answers present them self to you with ease… But first a few happy snaps showing the server it self off. 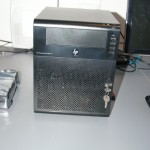 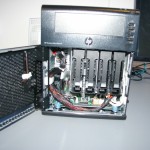 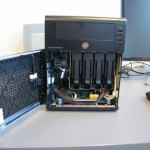 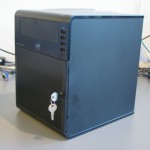 Side angle of the HP Micro Server 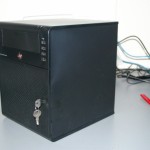 Shot showing off the right side of the HP MicroServer 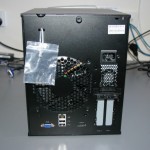 Back I/O panel of the MicroServer

After doing a bit of admiring of the new HP it was time to get down and dirty and start ripping the guts of this beast out. The first section of the case to go was the top lid section which was held down by a single thumb screw which was easily removed and gives anyone very easy access to install the optional optical drive. Once the drive is installed it is held in place by 2 easy release latch’s on either side which makes the install/un-install toolless so far. 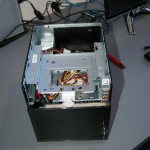 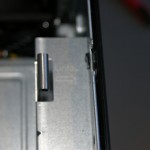 The next major step was to get deep down to the motherboard, as being housed in a Micro form factor chase isn’t able to done without removing the board it self. For easy access the front panel door has a easy but sturdy open, lift and remove process making all the work so far completely toolless. Once the front door has been removed the design of the Micro chassis makes accessing the motherboard very easy. The board is held in with 2 thumb screws and the neat and tidy cable management we would expect from a pre-build HP machine is all present. 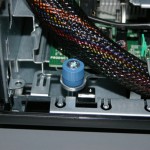 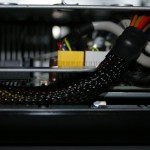 Cables routed around the case perfectly with precession 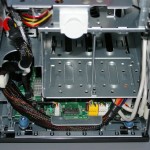 To avoid any issues down he track I removed all the HDD trays from the machine. I also found that when trying to remove the motherboard it does require a bit of extra work as the cables will not allow for the board to be fully removed while connected. I also removed most of the cable management (cable ties) as it gave a lot more freedom when moving the cables out of the way. The only major cable which really gets in the way is the major power cable which wraps around the front of the motherboard tray. All of the cables are all colour coded at the connectors so there is no worry about getting cables mixed and matched. 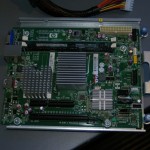 The motherboard is located on a tray which allows for easy removal and insertion into the chassis. The above picture shows the layout of the motherboard showing the array of additional add-ons available. As this Motherboard supports only RAID 1-0 this does limit the default drive possibilities to either JBOD or Dual Raid 1 or 0. As this supports any standard PCIe card (with height & power limitations) the possibilities of this unit are almost endless which does make it a very attractive buy.

The following is the basic unit options for the HP Micro Server which is part of the Recommended options as per the HP DataSheet.

The motherboard is a standard setup regarding the install of RAM and additional hardware with no special requirements or alterations from a standard design. After installing the extra 2GB of RAM supplied by Neowin and loading the motherboard back on the tracks its time to install the Optical Disk Drive.

The ODD will take up the single SATA port on the motherboard and with a lot of cable management holes and paths it makes tucking that bright red SATA cable away very easy. After routing the cables to the rear of the unit the ODD is installed and ready to go and its time to plugging in all the cables and sliding the motherboard back into its place. 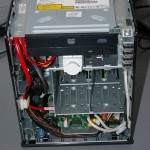 Just for anyone else who may consider one of these units with the ODD drive. When purchasing the ODD, it does not actually come with any screws at all. Thinking it was all a toolless (which until now this has been up-to 100% toolless) i started to wonder how the drive would remain in its place (pushing the eject button or even trying to install the top cover will simply push the cover towards the back of the slot). After exhausting some time trying to figure it out i finally resorted to the manual… and to my blindness the Server it self came provided for any SATA ODD unit. The required tools and screws have been conveniently con-sealed on the back of the door panel. How i missed it i have no idea but after adding the screws to the ODD a simple slide and click locked the ODD in place. 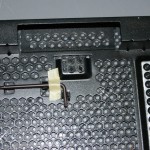 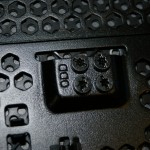 Clearly labled for use with the ODD section

Now that the ODD is installed and locked in its finally time to boot this machine up. 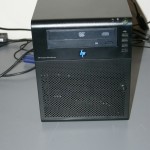 The machine boots with a illuminated HP logo on the front of the unit fading in and out during the boot sequence.
As with any system builder one of the first things you should always do is a full check to ensure all the hardware is being fully detected and showing correctly in the BIOS.
Luckily for me all the new hardware (Including the pre-installed HDD) is being detected and the system is showing all green 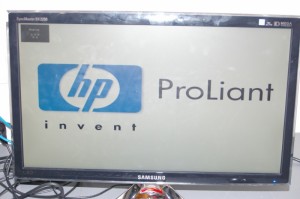 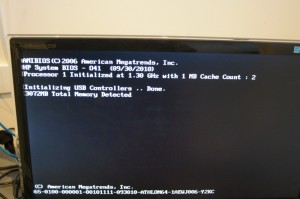 So now I have a fully functional HP MicroServer provided by the guys at Neowin & HP Discover. BIG thanks goes out to both of them for providing me the opportunity to own this great system. I strongly recommend anyone keen on a good little home/play server to grab one of them ( i have seen sources selling the base unit for under $300 AUD so its great for any first server).

So now that I have a fully functioning HP MicroServer my goal for this system is to have vSphere installed and running Home Server 2011 and run it in my house for a few days.

Now that i have in my hands a fully functioning, potential power house i have a few upgrades planned for this system.

I plan to install a minimum of 3 x 2 TB WD Green Drives to use as storage running under FreeNas or an alternative. As this unit is limited to RAID 0, 1 it will require a bit of tweaking to get a suitable RAID config up and running. My overall goal is to have a single HDD attached to a Home Server (or similar) to enable 1 single large drive for storage etc.

As this machine will be the power-house of my household (consisting of a hand full of PC’s and Laptops) and to allow multiple Operating Systems running on the unit (The more ram the better i guess) the additional ram will improve the overall performance. As much as I would love to keep this unit fully HP branded I have found that Kingston do offer RAM which is mentioned as a confirmed suitable to replace the HP model RAM. 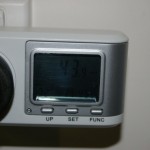 My overall goal for this little unit is to have it running all day every day, like most users out there its always a major question of “how much will it cost me”.
As this is not the final build I’m still thinking this but it was good to know that this MicroServer also does a good job of draining a micro amount of electricity. In the testing stages with 2 RAM modules installed, the HP server was draining a mear 40-50 watts from the wall while installing vSphere. Of course this was also only running a single HDD which is where alot of the power drain will be needed. 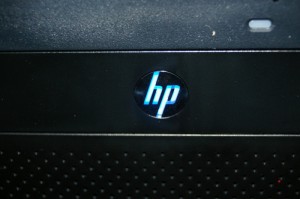